A Messier Marathon is an attempt to find as many Messier objects as possible during one night and is scheduled for the new moon weekend nearest the spring equinox with Friday being the primary night and Saturday being the backup night. Cherry Grove Event Schedule 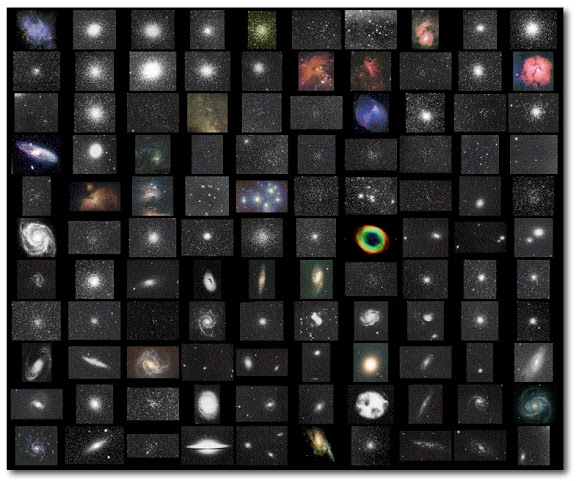 Check out more information on the Cherry Grove Observatory, including maps and directions.

The Messier catalogue was compiled by French astronomer Charles Messier during the late 18th century and consists of 110 relatively bright deep sky objects (galaxies, nebulae, and star clusters). The first MAS Messier Marathon was held on March 13, 1999 (April Gemini, page 4), and has been held annually at the Cherry Grove Observatory.

The marathon is held only if the skies are clear and will be CANCELLED IF CLOUDY. See the Cherry Grove event schedule for the date of the next Messier Marathon.

Below are observing lists in Excel and PDF format. It can be tricky to set up an optimum sequence, so feel free to jump around within the list.